There have only been two owners of this antique Woburn home since it was built in 1908. Listed with the Woburn Historical Commission, whose charter is to promote the preservation of historical and architectural treasures, the current owners and the original owners, the Caufields, have both loved and respected the history and quality that has always been a part of the heritage of the home at 160 Winn Street. Originally designed and built in 1908 for local dentist, Woburn School Committee member, and library trustee, Dr. Peter A. Caufield, contractor Timothy J. Ring ensured the home presented many elements of the Craftsman Style.

Influenced by the British Arts and Crafts movement of the late 1800’s, such elements include a covered front porch with tapered columns, single dormers, multi-paned windows cased in wide trim, a built in china-cabinet, pocket doors separating the dining room and living room, 9 foot ceilings on the first floor, and a classic switchback staircase. A central feature of the home, the living room presents a custom designed brick fireplace with egg-and-dart ornamentation carved into the mantel. 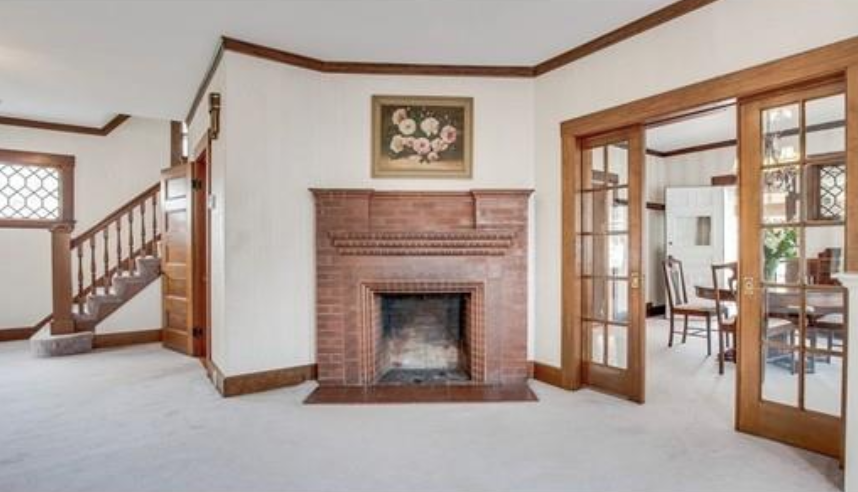 As part of the design, Dr. Caufield insisted that each bedroom have three windows to take advantage of the evening westerly breezes. The master bedroom has a beautiful three-sided bay window and a fourth window to catch the cross breeze. That bay design is repeated in the formal dining room and in the living room. There are also two handsome diamond paned windows known as “piano windows”. The one in the dining room allowed for Mrs. Caufield’s custom built buffet cabinet to be placed under it; and the one in the living room accommodated Dr. Caufield’s piano. 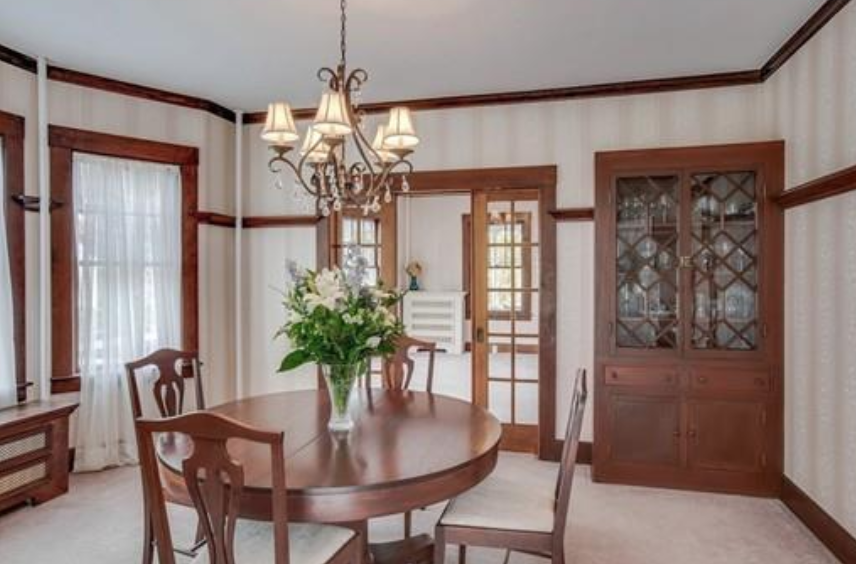 When the parents of the current owners heard that this house was for sale in 1957, they immediately put in a bid to buy it. As a growing family with five daughters, a larger house was just what they needed- and this house brought them back home to Woburn where they were both raised.

Once the home was purchased, the original covered back porch was converted to a three season porch by the where it remains an inviting, warm weather extension of the house, Even in the winter months, the porch warms up to 70+ degrees on a sunny day. Host to barbecues and wedding receptions, the home has seen many celebrations including a surprise 40th wedding anniversary on the porch, which was large enough for the guests, linen covered tables, and all. 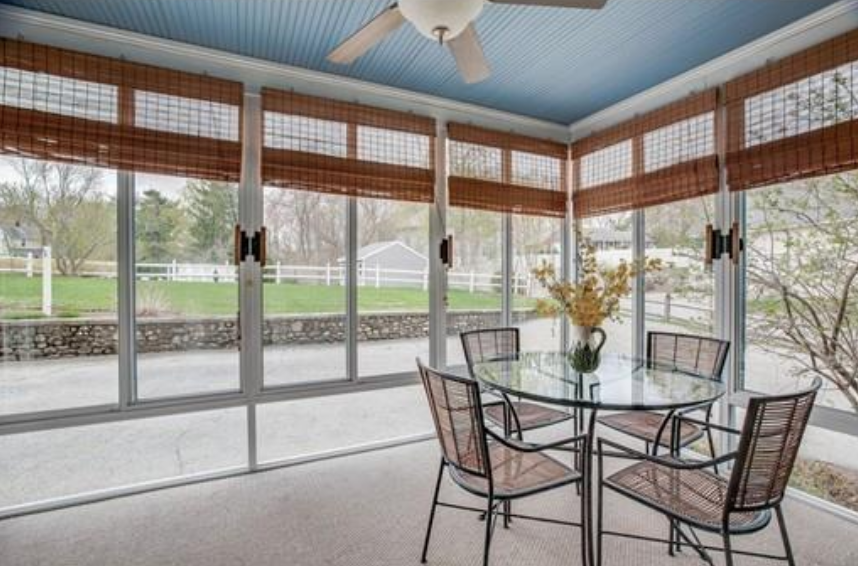 While the original house had a pantry and large back hall closest and entry way, it was remodeled in later years by the current family to add a more practical second bathroom and first floor laundry.

As the current owner remembers, their childhood was filled with fond memories, including those of their favorite places: the large finished room on the third floor. With three windows allowing lots of light and, of course, the westerly breeze, they recall many fun days playing games, reading, drawing, and spending time together.

Steeped in history, the current owners relay this message, “We expect you will enjoy and cherish this home, and respectfully embrace its heritage as did our family and the Caufields.”

To see more photos and details about this home, click here.

Previous
Home Not Selling? The Presentation May Be to Blame Next
Buying an Antique Home: Problems, Hidden Costs & Benefits

Thank you for contacting us, we'll get back to you shortly.

Sorry, we are unable to send your message at the moment. Please try again later.